On Sunday evening the Volkstheater in Vienna once again played host to the great and the good of the Austrian music scene when the Amadeus Austrian Music Awards brought together artists from across the musical spectrum. Now in its 16th year, the event saw awards handed out in 18 wide-ranging categories – from Hard & Heavy to Lifetime Achievement.

Hubert von Goisern was one of five contenders in the category Male Artist of the Year and was honoured to accept the Amadeus Award when he was announced as winner by presenter author Vea Kaiser. This win constitutes his sixth Amadeus Award in total.

HvG also took on duties as an Amadeus presenter for the first time, taking to the stage again to present award for Song of the Year to Seiler und Speer for their song Ham Kummst.

Amadeus: Fair division of a shower of awards for Wanda & Co

[...] Hubert von Goisern was able to celebrate as Male Artist of the Year. "Being a musician means being a magician. You enchant the listeners and of course yourself." Addressing his colleagues, he said: "Be proud of this talent and keep on enchanting!" 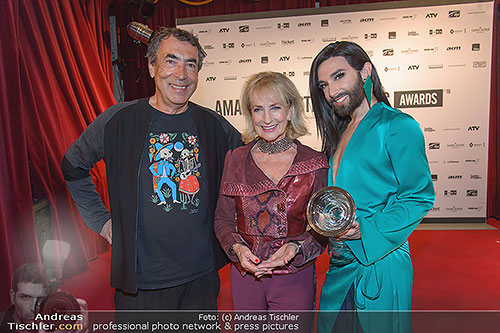