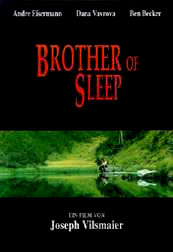 The film is based on a very successful novel of recent years, written by Austrian writer, Robert Schneider. It tells the story of a man torn between his love for a woman and the musical genius that consumes him. Schneider is a novelist and playwright who had won numerous prizes for Schlafes Bruder, including the prestigious Robert Musil Prize of the City of Vienna and the French Prix de Medici. The book has been translated into 24 languages. Schneider also wrote the screenplay. Directed by Joseph Vilsmaier, the film features the richly-detailed production design of Oscar-winner Rolf Zehetbauer.

Vilsmaier recreates life in a remote alpine village at the turn of the 19th century where Elias Johannes Alder is born. The boy possesses a luminous musical gift which is seared into his soul at the moment of his birth. This power frightens and fascinates the villagers of Eschberg except for Peter, Elias' only friends.

The two boys spend clandestine nights in the town church, where Elias spontaneously creates masterful pieces on the church organ. When Elsbeth, Peter's sister, is born, Elias is drawn to a lake where all the sounds of the universe crash in on him in a powerful and terrifying epiphany. He emerges bound both physically and spiritually to Elsbeth and mysteriously connected to the timbres and frequencies of the world around him.

As the three grow older, their consuming passions become tragically intertwined with jealousy and loyalty, culminating in a destructive rage which tears the village apart. For Elias, love, like music has finally become an act of fevered, exquisite madness.

Schlafes Bruder is a film of haunting intensity and sweeping romanticism. Vilsmaier tells the story of Elias with a startling acuity that melds the harsh realism of this isolated hamlet with a profound mysticism that is both poetic and brutal. This film is an unforgettable blend of rapturous, exalted music, palpable visual images, and a cast that seems transported from another world and time. 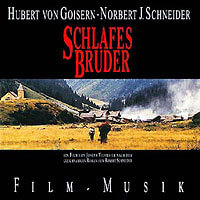 Work on the soundtrack was not always as satisfying as the presented result. The burden of the material, from which the novel by Robert Schneider is woven, weighed on our minds. The fate of Elias crept into our souls, and Joseph Vilsmaier's powerful images played their part in intensifying the atmosphere in the studio to an almost unbearable level. To that was added the plurality of opinions from the camp of experts.

It was a struggle for air and light. Nonetheless, or perhaps therefore, it was an unforgettable time. I'm thinking just of the snowy winter nights in the mountains, as the stars touched the peaks and together with Norbert Schneider the theme developed; or the two mystical nights in the Salzburg Cathedral with Harald Feller at the organ; or of the recordings in Munich with Norbert conducting the orchestra. There were moments in which time stood still.

I wish you an intense listening experience, as it was for us all. 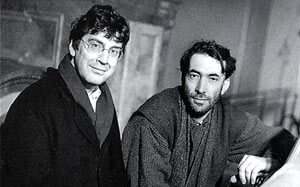 An extract from an interview with the director, Joseph Vilsmaier:

"The strongest manifestation of the film's mystical depths is the "Hörwunder" (the Wonder of Hearing). How did you go about translating this in cinematic terms?"

"With fear, at first. We were trying for months, threw it out, tested again. Hubert von Goisern for example strongly believed in something like a Tibetan choir, like spherical sounds. What didn't we try! The postproduction process was immense, including the work with the Munich Philharmonic Orchestra. We worked on it excessively and only stopped once we thought 'now we've got it'. Several times I was reminded of a sensation I experienced in the preparation of the film: We were driving as high as 10,000 feet in the Alps to scout locations. In some of the villages that were truly in the middle of nowhere, we were met with total rejection. We were standing in empty streets, all the houses were locked, yet we felt very clearly that hundreds of eyes were watching us from behind those closed curtains..."

The score for Brother of Sleep was written by Hubert von Goisern and Norbert J. Schneider. Harald Feller was responsible for all the organ passages. On these tracks Hubert provided vocals and the acoustics and also played the flute and the archaic drum. Norbert J. Schneider was responsible for all the electronic keyboard instruments as well as the strings and the wind arrangements for the members of the Munich Philharmonic (whom he conducted). Matthias Loibner played the barrel organ and former Alpinkatzen members Wolfgang Maier and Sabine Kapfinger played the toms and sang respectively.

Forget everything you've heard previously from Austrian Hubert von Goisern. The soundtrack to the Vilsmaier film has nothing, nothing at all to do with the music from the folk rocker hitherto. Here one finds sound sequences, organ music and orchestral sounds which, at the first go, astonish and repel, but also achieve their impact even without having seen the film. An instrumental listening experience away from all current trends, but all the more impressive. 5 stars.
Aschaffenburger Stadtmagazin, February 1996

Schlafes Bruder is not just the name of the new film from Josef Vilsmaier, based on the novel by Robert Schneider, but also the title of the soundtrack by and with Hubert von Goisern, developed under energetic collaboration with Norbert J. Schneider. The film starts on 5th October in more than 200 German cinemas, the premiere in Austria was around a month ago, and there Schlafes Bruder stands at number 1 in the cinema charts. The now released film music is only identical in part to the original soundtrack. It has been partly re-recorded and mixed by Wolfgang Spannberger and Klaus Strazicky, as well as some parts being extended.
Musik Markt, 23rd October 1995

"Yeah, who says now that the dissolution last year was just a promotion gag?" some people will probably now be thinking. But far from it, although "Hubert von Goisern" is written in big letters on the CD case, Schlafes Bruder has very little in common with the Goiserer's Alpinkatzen time. There are indeed alpine sounds in this film music, but he holds back with the rock. Rather more, there are worlds of sound without vocals. Von Goisern has an excellent grasp, like a painter, of how to portray whole landscapes with his music, which are at times dark and sad, in the next moment monumental and at the same time oppressive, enormously emotionally charged.
Blizzards CD-Kiste, 1995

Only a small step shy of utter magnificence and more than deserving of its foreign-language Oscar nomination, the latest from Joseph Vilsmaier (the vigorously moving Stalingrad) recalls the best days of Peter Weir - the early era of his brooding and otherworldly Picnic at Hanging Rock and The Last Wave. There, Weir was able to make perceptible a level of reality too ethereal to be pictured, and here Vilsmaier matches him with an ability to make the metaphysical terrene. That said, Vilsmaier and scriptwriter Robert Schneider (adapting his novel Schlafes Bruder) also effectively mix in a contrasting muck of soap-opera dramatics, establishing their tale as one all too sadly of this earth.

Brother of Sleep, a story whose most important element will be almost orgiastic keyboard music, opens with a spectacularly chilling silence: High in the Alps, in a tiny and forsaken mountain village in the 1800s, a baby emerges stillborn from his mother (Michaela Rosen). Flustered by death, the hapless midwife (Regina Fritsch) begins to sing Te Deum - and the baby comes alive. Grown, the boy Elias (Kaspar Hauser's Andre Eisermann) - so strangely different that the townspeople treat him scornfully when they venture close enough to treat him at all (even his mother says his gaze makes her shiver with the fear that he was born of the "cold sperm" of Satan) - exhibits a talent beyond perfect pitch. His lovely singing voice and especially his astounding abilities with the local church's decrepit organ don't win him converts, but even the hateful villagers marvel at the euphonies he creates. In their small and fetid hearts, they can recognize the notes of the divine.

In a spellbinding sequence, Vilsmaier captures the moment when Elias fully becomes a creature of a special plane. One day, the music of the spheres gentle in his ears, Elias hears the heartbeat of another human, and that heartbeat is the same as his own: Elsbeth, the about-to-be-born sister of Elias' one friend, Peter (German stage actor Ben Becker). Drawn to her birthing place, Elias is driven away; he flees to a small lake, in which is embedded a singular rock - a rock that is shaped like "the impression of His overpowering foot as He passes", that unlike all other rocks has no veins and is "as soft as milk" (a symbol suggesting an ultimately kind cosmology). Lying naked there, curled in a foetal position on the sublime stone, Elias begins to hear everything. (Vilsmaier's Cinemascope metaphor is clouds scraping against mountaintops like astral violining; longtime Vilsmaier scorer Norbert J. Schneider provides a fabulously thunderous cacophony.) The universe a seethe of sound, Elias screams; blood pours from his orifices; his eyes go orange. Later, in trying to transcribe these sonic transmissions, what Elias inks is less musical notation than some etching of supernatural sine waves.

Providing character conflict in Brother of Sleep are two tragic menages a trois, in both of which figure Elias and Elsbeth (Autumn Milk's Dana Vávrová, again superb under husband Vilsmaier's direction). The two characters are, by the highest power, earthly fated for each other; but Peter wants Elias for himself, the villagers have chosen the lunkish Lukas (Detlef Bothe) for Elsbeth - and Elias is spiritually fated to a completely different calling. Fire, infidelity and murder follow as the lives of the three key players and the existence of the hamlet itself wend toward and beyond catastrophe. In a difficult role, Eisermann is excellent; he makes Elias' preternaturalism authentic. For their parts, actress Vávrová and director Vilsmaier make an artistic duo the equal of the Thompson-Branagh and Jacob-Kieslowski pairings of past years. The most demanding and best film of 1996 so far, Brother of Sleep looks ready to rouse the somnolence of the art house circuit, which of late has favoured more easily digested entertainments. A meld of Rilkean heights and human depths, it's a film for a long dark night's rumination.