Hubert von Goisern, the most successful representative of the new yodel rock craze, and his Alpinkatzen fulfilled the dream of all musicians. They played in the States - and earned enthusiastic applause. 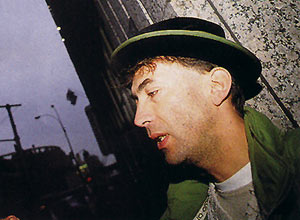 Stress in Munich. Appearance at the Live aus dem Alabama, the first in a big city with the programme of the new record Omunduntn. Goes quite well. Afterwards the presentation of the fourth platinum record from Austria. A good day, a good start to a perhaps mad undertaking. 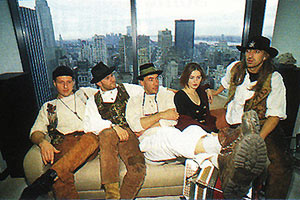 Flight to Paris. Everyone is in a good mood, but a bit nervous too. We are playing for the first time outside the German-speaking area at a festival on the outskirts of Paris. Telephone home. Casino Salzburg has won in the quarter finals of the European Cup. 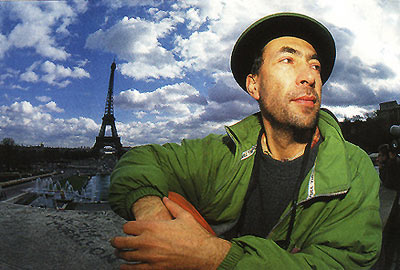 Flight over the big pond. Then the collapse. We were travelling for 26 hours, arrived in San Antonio at 20 degrees in the shade. Were at the hotel at 4 o'clock in the morning, unpacked everything and then found that there were no rooms. Wrongly booked. We get packed again, somehow find 13 rooms. Am at the end of my tether.

Sightseeing in San Antonio. Terrible - I seem like a summer holidaymaker in the Salzkammergut or at the Salzburg Domplatz. It is a type of tourism which I really don't like. Am rather depressed. The terrible food on the aeroplane is still lying in my stomach. But I have perhaps also drunk too much.

Flight to Austin. Here is no better either. Everything is so functional. So rational. Everything is just a façade. Anyway: I'm missing the cosiness, the comfort. Unfortunately I do not visit the country. Texas countryside. I imagine it is beautiful. 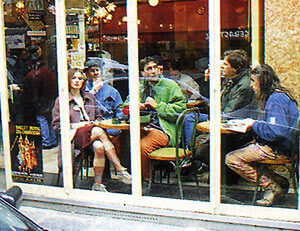 I am dreadfully nervous before the appearance. After all, at the "South by Southwest Festival" several hundred bands play 25 or 30 bars, it changes every hour. Our set is at midnight. The musical level is amazingly high. They all play like world masters and groove like hell. Naturally we are the exotic things. But it is great to feel that we groove just like them. The organisation is miserable. There is a wonderful atmosphere in the club, frighteningly close, not just because four hundred people are inside and another hundred are waiting outside. It suited us, it suited the audience, it was top-class. 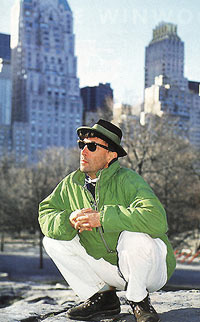 We fly to New York with a good feeling. We know: it works. Arrival at JFK. We are dog-tired. But you immediately feel the energy of this city, the impulse. This strength positively goes right into us. At one o'clock at night, after we check in at the hotel, we go out onto the street. Walk around and can't close our mouths at the fact that there is something like this. I had imagined New York to be so dangerous, but all the mixed feelings vanish when you see how nicely the people treat each other. I have a deep liking for these people because they still always manage to be in a good mood in such a city.

Afternoon visit to BMG Ariola in the Bertelsmann building, 42nd floor, with Heinz Henn. One of the three bosses. Sing a Gstanzl with a view over Manhattan. We are told how the business works in the big wide world. But do not learn anything new. One of the most important experiences in New York: I didn't meet anybody who would be crazier than we are. We then played a bit of street music with the cow bells, together with a saxophonist on Times Square.

Up on the World Trade Center. Above on a roof, it is like a flight over the city. Like standing up on the peak to, seems to me that this peak is made of people. And in it we played in New York. In a club, "The Cooler". I was hyper nervous because I did not know: will it work in this city, in which there is an insane amount on offer, in which everyone is occupied with themselves, in which everyone has to become egocentric just in order to survive. Yes. We played. In front of about 200 or 300 people. Highly motivated, highly concentrated. We wanted to show them. And we managed it too. The people were in a really good mood, they were in a euphoria like I could never have dreamed of.