In 2007 Hubert von Goisern began his hitherto biggest and boldest project: the "Linz Europe Tour 2007 - 2009". With a cargo ship converted to a stage, a tug boat and a barracks ship, he sailed from the Danube downstream from Linz to the Black Sea and the next year sailed west to the North Sea.
On his journey the Goiserer moored in numerous places in order to give concerts on board his ship with popular local musicians - free of charge for the audience on the river banks. The tour celebrated its finale in July 2009 with the "Linz Europe Harbour Festival".

After the expansion of the EU from 25 to 27 members, Bulgaria and Romania are now two more European countries to have become full members of the community of states. Politically and economically, the enlarged EU is on a solid foundation. Nevertheless, there are many sceptics among the 490 million EU citizens. We all feel that something is still missing, that it is not just about the gross domestic product, the rate of unemployment or the rate of productivity.

Parallel to the economic and political advancement, with the Linz Europe Tour 2007–2009 the "cultural eastward enlargement" takes place, the merging of the culturally significant Danube region. The Project will encourage and consolidate the partnership of the regions along the 2889 kilometre long river, the longest in Europe. It stands for the exchange between the cultural protagonists and the people in the neighbouring countries along the Danube.

The project is a production for Linz 2009 European Capital of Culture and will be carried by the Austrian musician Hubert von Goisern. The Austrian is readying a ship in order to make the river sound. Music has always been a uniting element that knows no bounds. In this project the differences and similarities of a music which has founded our culture will be explored and performed.

Linz Europe Tour 2007–2009 would like to put into motion a European discourse, making it possible for us to experience the continent. Variety is a mark of European culture. It is a "rag rug", composed of regional peculiarities and characteristics. And when we retrace the history of Europe, we find that it is exactly this variety that has allowed it to grow so large. It is necessary to discover each other once more. That perhaps succeeds most simply via music, whose "language" we all speak and which knows no barriers. 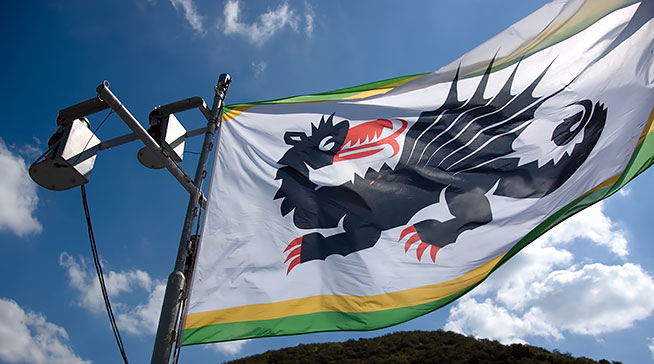