Steilklänge – Radio für Schwindelfreie (Top Sounds - Radio for those with a head for heights) produced and presented by Hubert von Goisern is a must for those looking to broaden their musical horizons. Twice a month the musician takes his listeners on both musical adventures, and poetic and philosophical journeys through time. 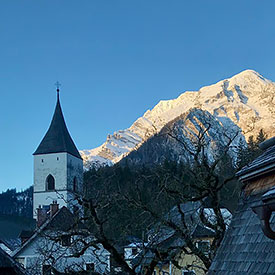 Due to the turbulent start to his tour, Hubert was not able to complete the 15th episode in time. But we have a previously unreleased episode, which was replaced in December by one more fitting to the approaching Christmas festivities. So, don't be confused - it's a new episode. And in spite of its introduction as Steilklänge #7, it is indeed #15!